The Customer Is Not a Moron, She's Your Wife: The Story of David Ogilvy 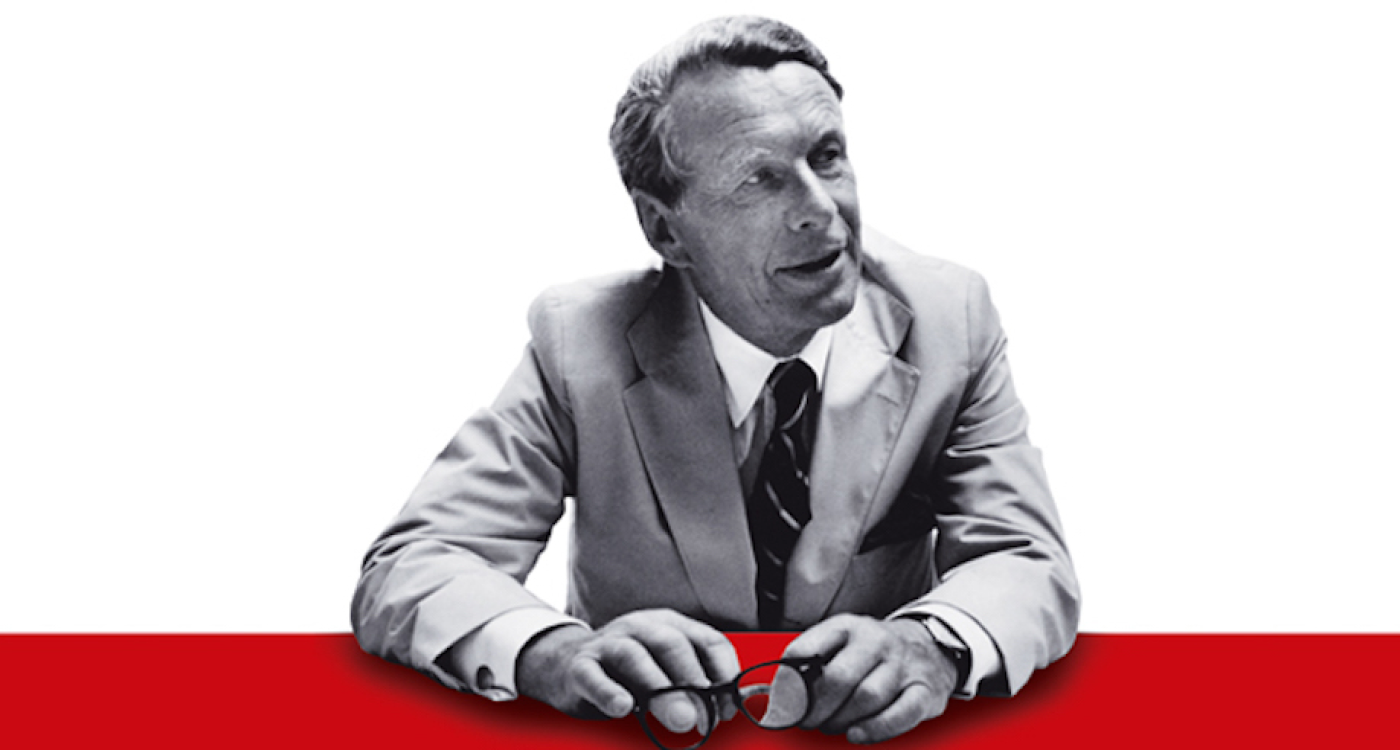 "THE PERFECT AGA SALESMAN COMBINES THE TENACITY OF THE BULLDOG WITH THE MANNERS OF THE SPANIEL." – David Ogilvy
‍

There are good reasons why David Ogilvy has been called the Father of Advertising, though telling a housewife she can roast a goose in the middle of the night with her new cookstove if she so desires probably isn’t one of those reasons. This is just one of the many pearls of wisdom found in his sales manual “The Theory and Practice of Selling the AGA Cooker” which Fortune magazine called “the best sales manual ever written.”
‍

Ogilvy had many different jobs, only some of which were in sales, before founding his company Hewitt, Ogilvy, Benson & Mather in New York in 1948 – a company that still exists today as Ogilvy & Mather Worldwide, Inc., operating in over 100 countries worldwide. Sometime between being thrown out of Oxford in 1931, apprenticing as a chef at the Hotel Majestic in Paris, attending secret spy camp in Canada, and farming with the Amish in Pennsylvania, Ogilvy found himself selling cooking stoves door-to-door in his native England. Using what he had learned on the job, he penned the famous sales manual mentioned above, which got him a job as a copywriter at Mather and Crowther in London, the advertising agency where his older brother worked, and the most British-sounding company that‘s ever existed.
‍

Ogilvy believed that the more you know about your consumer, the better your advertising will be (he would have loved internet cookies.) He was firmly against any kind of advertising that condescended to its consumers or patronized them in any way. He believed prospects were to be treated as intelligent and worthy of respect. That’s why, in 1955, he coined the phrase: "The customer is not a moron, she's your wife.”
‍

Some other quotes from his sales manual include:
‍

When Ogilvy finally did start his own advertising agency in New York in 1948 (with backing from Mather and Crowther), he struggled to get clients. He attempted to attract attention by doing ads with celebrities, in particular, former First Lady Eleanor Roosevelt, who did his commercial for Good Luck Margarine in 1959, George Wrangel as "The man in the Hathaway shirt" and Commander Edward Whitehead as “the man from Schweppes.” Ogilvy would later admit that using celebrities who were irrelevant to the products he was selling was a mistake.
‍

Soon high-end clients were banging down his door. He created successful campaigns for Shell Oil, Sunoco, Dove soap, Sears Roebuck, Merrill Lynch, Pepperidge Farm, and, perhaps most famously, Rolls-Royce. In 1962, Time referred to him as "the most sought-after wizard in today's advertising industry."
‍

Perhaps it was Ogilvy’s quintessentially British manners that made him such a circumspect and serious salesman, subsequently putting him at the forefront of a 20th-century advertising revolution. His candor, discipline, and propriety were what endeared him both to his colleagues and to those reading his copy. “The trouble with most advertising is it tries too damned hard to be entertaining,” Ogilvy told The Times in 1971. With this year’s Superbowl commercials fresh in our minds, it’s difficult to disagree with the Father of Advertising. “Sooner or later,” he said, “it will have to be brought under control, probably by the government, for the sake of the immortal soul, the consumer.”