How did Salesforce get so big? Here’s a quick history. 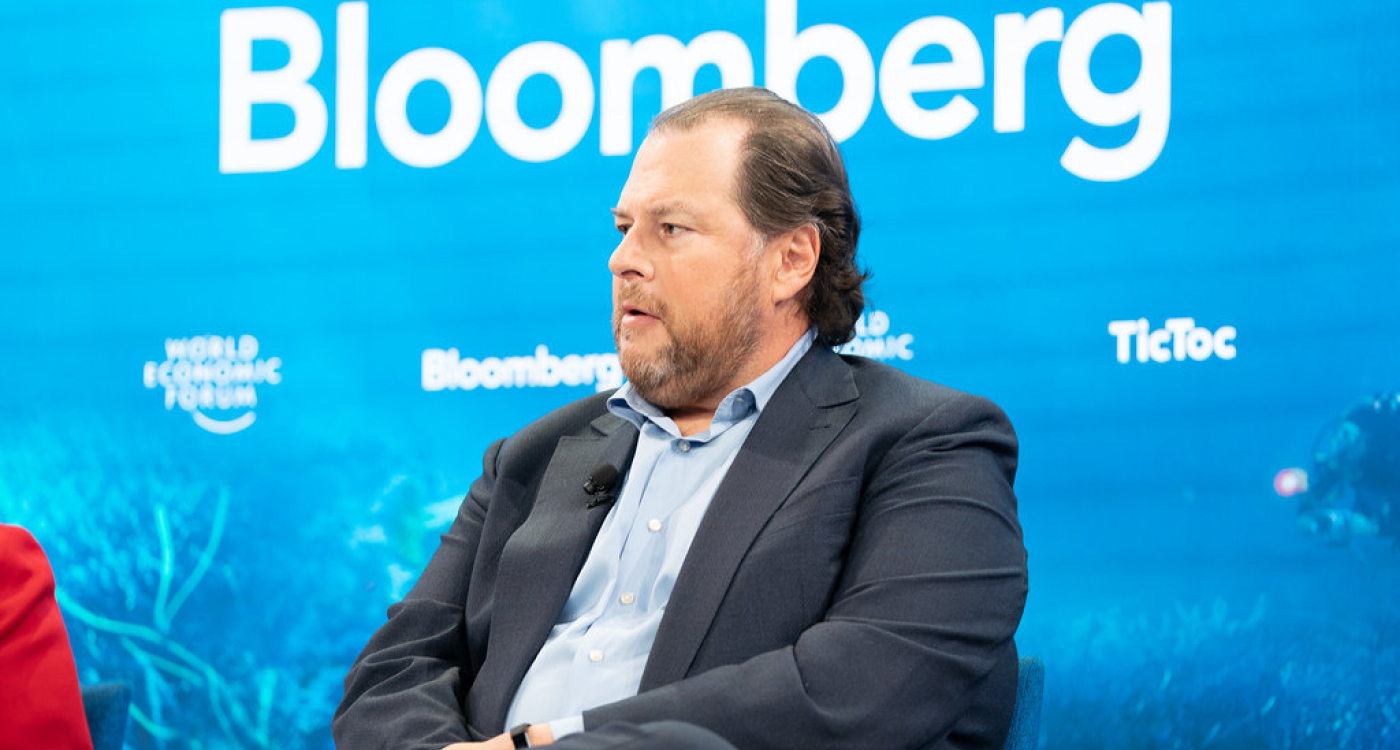 "Taking Action for the Ocean" by World Economic Forum is licensed under CC BY-NC-SA 2.0.

2022 is the 23rd anniversary of Salesforce, the #1 CRM in the world today. The company employs nearly 75,000 people and has a market capitalization of $181 billion.

You’re probably wondering how they got here. Well, let us tell you the story…
‍

It all started in a rented one-bedroom apartment at 1449 Montgomery Street, on San Francisco’s Telegraph Hill, where Marc Benioff, Parker Harris, Frank Dominguez, and Dave Moellenhoff began working on the very first version of the Salesforce CRM. They wrote their mission statement on the back of an envelope and made “no fluff” their mantra.

In March of 2000, Salesforce gained significant traction when The Wall Street Journal published an article covering the company’s mock protest outside a Siebel Systems conference. They hired actors to carry signs with Salesforce’s tagline: “The End of Software.” The founders of Salesforce wanted to popularize the idea of software as a service – information that could be continuously delivered via the cloud rather than installed and updated on-site only. The David vs. Goliath narrative they created painted them as the virtuous underdogs in the sales software world. That year, they made $5.4 million in revenue; they knew they were onto something.

In 2003, Salesforce filed to go public after making almost $100 million in revenue that fiscal year. And by June of 2004, Salesforce had raised $110 million at $11 per share upon the completion of its initial public offering on the New York Stock Exchange. They were on their way.
‍

Salesforce continued to grow exponentially, innovating new platforms, applications, and programs. Co-founder Marc Benioff has always believed that business is the greatest platform for change. In 2006, he published The Business of Changing the World, which contains essays by 20 thought leaders about how businesses can positively impact society. That same year, the company launched The Power of Us partner program, which introduced Salesforce’s partners to the 1-1-1 philanthropy model – Salesforce gives 1% of its time, product, and financial resources to nonprofits every year.

The following year, the company launched IdeaExchange (now Trailblazer Community), a place for customers to contribute new feature ideas for the platform. They also introduced Force.com, a tech platform which allows developers to build applications on the Salesforce platform and create any user interface they want.

In January 2009, Salesforce reached $1 billion in annual revenue, making it the first cloud computing company to crack a billion dollars. That same year, the Ethisphere Institute named Salesforce one of the world’s most ethical companies for the fourth consecutive year.
‍

By the end of 2011, Salesforce employed 7,785 people around the globe. The following year, Gartner was ranking Salesforce as the leader in their CRM category as the company crossed a threshold of more than 100,000 customers. In 2015, Fortune recognized Salesforce as one of the 10 Best Companies to Work For and one of the World’s Most Admired Software Companies, the same year the company entered the Fortune 500 and opened their tower office in London.
‍

Salesforce continued to open fancy towers, first in New York in 2016, then (and most famously) in San Francisco, where it all began, in 2018. In 2016, the company conducted an equal pay assessment and spent $3 million in salary adjustments for women and people of color in the global workforce.

In 2017, they launched Einstein, the first comprehensive artificial intelligence (AI) technology for CRM. This AI was made accessible to every Salesforce user. In 2018, they launched Salesforce Customer 360, a platform service that efficiently manages customer data across clouds. And when the pandemic hit in 2020, Salesforce launched a number of products and resources to support companies, such as Salesforce Care, a set of free rapid response solutions; Work.com, a platform with advice, content, data, and new products to help companies reopen their businesses; and Vaccine Cloud, which helped public health authorities, healthcare providers, and nonprofits quickly scale vaccine operations.

Well, there you have it. A brief history of nearly everything Salesforce. And now that you know how they got there, you might not mind having to update it so much… right?... right?