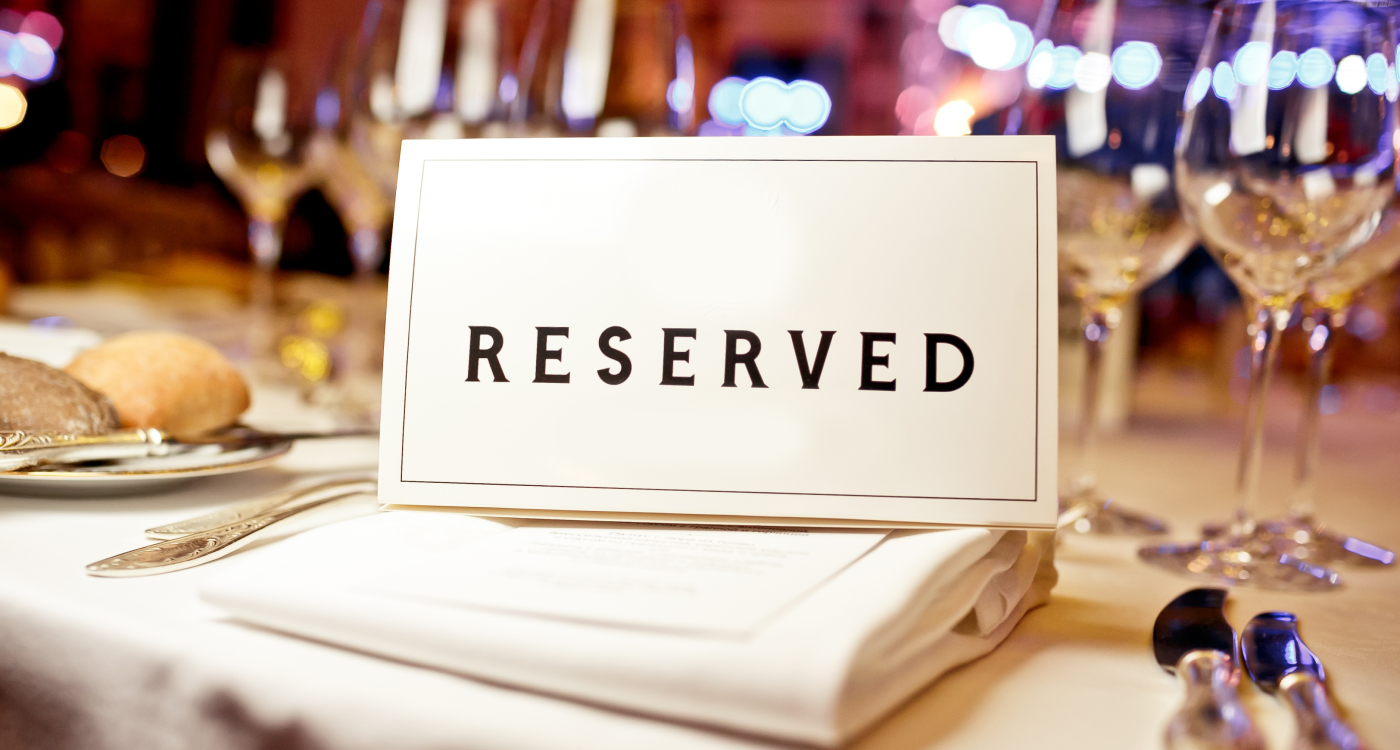 My biggest sales fail happened a few months ago. I’m a rep for an industrial space management company. We sell organizational technology (“smart shelving”) to warehouses in order to increase efficiency and intelligent use of space. It’s a pretty good gig! We sell mostly to warehouse and storage facility owners and managers, and it’s a pretty long and in-depth sales cycle.
‍

I had been working with this one prospect for a few months, and was getting closer to an in-person meeting, but it was still a long, slow slog. So I decided to invite him to dinner, and asked if there was a restaurant near him that he liked. He said sure, we could go one night after work, and recommended an Italian restaurant that wasn’t too far from their facility. He told me that it did get packed for dinner and that we should make a reservation, and I said no problem.
‍

So I finally met up with the guy at the restaurant, and right away he was a bit standoffish. I suspected it was because I look younger than my age, which can sometimes hurt me with these gruff older types, but I can typically overcome it.
‍

The restaurant was packed, but I had made an online reservation for 6:30, so we went up to the front desk and I gave my name to the hostess. She asked me to confirm it a few times. Then asked for my first name, and then asked me to confirm it again, all while she was staring into her computer. Then she said excuse me and went and got an older guy who was the manager. He made me go through the same thing, all while my prospect was standing next to me clearly getting impatient.
‍

Finally, the manager asked for my phone number and after a few more seconds of looking at the computer, he said, “Aha, I found it. Looks like you made a reservation for next week.” I tried to play it cool and asked if they had a table for tonight but he said they were all booked up but that we could wait at the bar and if anybody didn’t show up, we could get their table. My prospect agreed, and we went to the bar (which was also packed) and had a drink while standing, while we waited for a table to open up.
‍

Well, as you can guess, about forty minutes went by and no table opened up and we couldn’t even get dinner because there was nowhere for two people to sit. The prospect kept checking his watch and when it became clear that we wouldn’t be getting seated anytime soon, he said he needed to go and thanked me for the drink. I did give him the pitch while we were talking but I think he was completely checked out after I screwed up the reservation. What a complete waste of time. And it was all my fault.
‍

This happened to me this past year, and I’m still not over it. I sell telecom to small businesses for a regional company. I’ve been doing this for almost eight years and am pretty darn good at it. So when I got an inbound lead from a prospect who was opening his second and third restaurant, I was confident it would be an easy deal to close. Oh, and I am a woman, since it’s clearly relevant to this story.
‍

We went over options and he was nice and asked a lot of questions, then he started asking about my personal life, which is fine, I can talk to anybody and it’s usually a great way to build better rapport with someone. But then he said he would only be able to look at the contract over the weekend, and asked if I could go over it with him then. I said I didn’t work weekends, and our office was literally closed, so he asked if I could do it from home.
‍

He didn’t make me feel uncomfortable or anything, so I thought ok, no big deal, and agreed to call him that Saturday. Well, the mistake I made was to call without blocking out my cell phone number. That day, all he wanted to do was have a personal conversation and he kept asking me questions about who I lived with and whether or not I was single. After a while, I had to get curt with him to keep him on track. And in the end, he signed.
‍

Well, after that, he called and texted me almost seventy times in a three day period. After I tried to keep it professional for the first few messages, he basically ignored me and kept trying to have a conversation, even when I ignored him. In the end, I put together a message explaining that this was just a business transaction, and that if he had any questions to email my sales manager and that I wouldn’t be responding or accepting any more of his calls. That finally got the point across. Let this be a lesson to all sales reps (especially women) – NEVER give out your personal phone number if there’s a better alternative.
‍

Reading these reminds me of something that happened to me last year that I’m still kind of struggling to explain. I sell financial planning services and have built up a nice clientele over the last decade. I still live in the town I grew up in which definitely helps.
‍
So a year ago I got a referral from one of my clients whose friends or neighbors (I don’t remember which it was) were looking to switch their financial planner. I was happy to take the introduction of course, and our intro call went well and I asked if they wanted to come into my office and discuss everything in person.
‍

So they came in for a meeting and everything was going well. The guy was friendly and his wife was quiet but seemed very nice. But the whole time they were there, I kept looking at her trying to figure out why she looked so familiar.
‍

About halfway through our meeting, I finally realized why. And without even thinking about it, I blurted out: “Has anyone ever told you that you look exactly like Laura Linney?” She is an actress who was on The Truman Show, Primal Fear and a few other things, and this woman looked identical to her.
‍

Well after I said that, everything changed. They got super weird and quiet for the rest of the meeting. One-word answers, and I kept catching them looking at each other. After we had gone over everything, they said thank you and walked out. I called and emailed them a dozen times, but I never heard from them again. I have absolutely no idea why me comparing her to Laura Linney offended them so much, but it definitely cost me a deal!