Carvana, the salesperson killer, is struggling, and its future remains uncertain 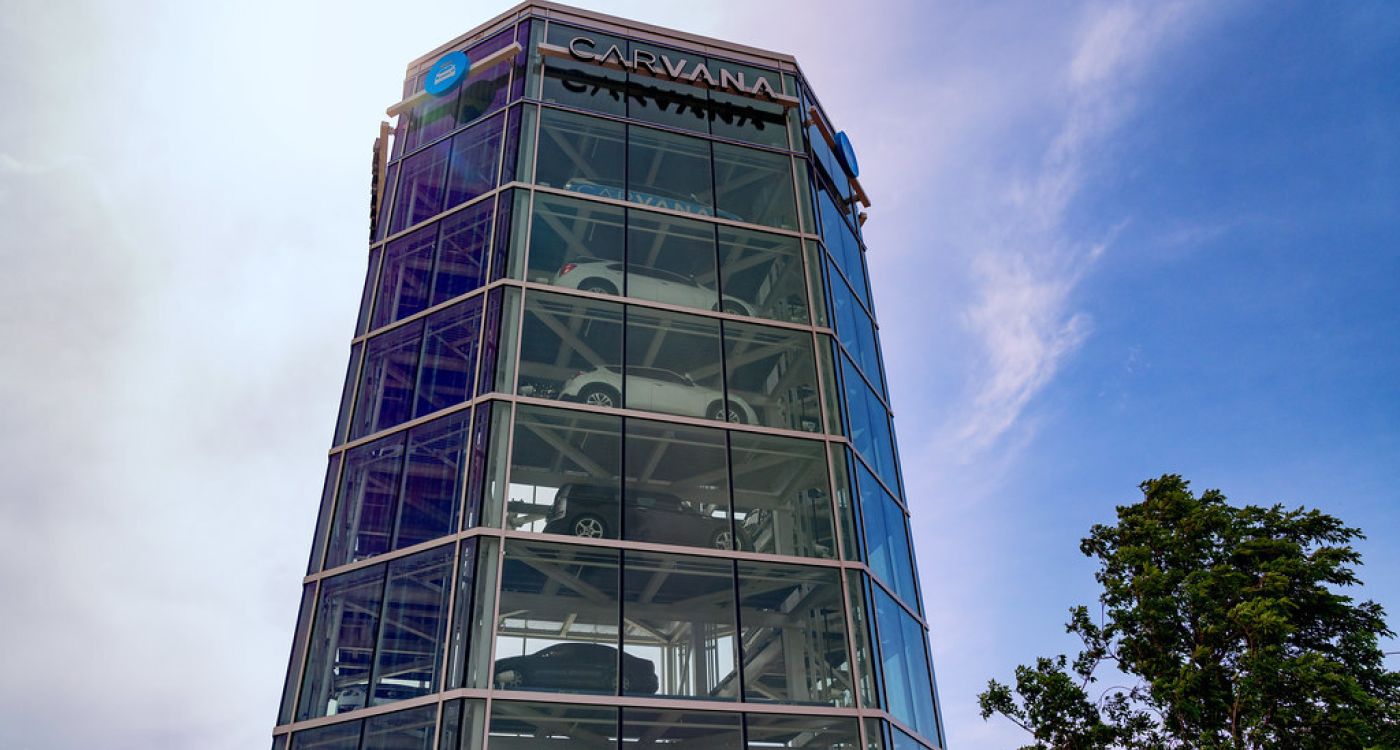 ‍"Carvana - Car Vending Machine in Dallas" by Tony Webster is licensed under CC BY 2.0.‍

From its first day on the stock exchange in 2017, Carvana was poised to revolutionize the automotive sales industry, with its ultimate goal being the near total-elimination of the automotive sales rep. Yet less than five years later, financial analysts are already wondering if Carvana has driven off the deep end – for good.
‍

Pitched as the “Amazon of cars,” Carvana’s business model is simple. Customers can visit the Carvana website, answer a few questions about what they’re looking for, and choose from a vast menu of used cars sourced from auctions and private sellers. In just a few clicks, eligible customers can have their next vehicle delivered right to their door.
‍

While Carvana enjoyed steady growth prior to 2019, it experienced a meteoric rise in popularity during the COVID-19 pandemic. With the country trying its best to bounce back economically, many Americans put their savings and stimulus money towards overdue essentials - including vehicles. As a result, the demand for used vehicles exploded, yet global semiconductor shortage issues left dealerships scrambling to replenish their inventory. As demand dramatically outpaced supply, Carvana was perfectly positioned to fill the void across the continental United States.
‍

In Carvana’s case, this fall from grace is death from 1000 cuts - cut corners, that is. Even as Carvana stock value soared, whistleblowers took to social media platforms to air their concerns with Carvana’s business. One top rated post on Reddit describes how Carvana has “no Quality Assurance department period,” with vehicles often shipping with major mechanical issues for consumers to fix out-of-pocket. Another shared that Carvana’s inventory inspection is functionally nonexistent, noting that people selling their car to Carvana “can give them a total lemon and in many cases get an amazing value.” These stories, combined with a growing number of negative user reviews, painted a dire picture of Carvana’s long-term viability.
‍

From there, it became more apparent that Carvana’s upper management had not equipped the business to handle their newfound success. Stories began to circulate of car buyers waiting nearly two years to receive essential paperwork in compliance with state law while their vehicles collected dust in their driveways. Other unlucky customers had to wait nearly two months for their vehicles to arrive, despite promises that their vehicles would arrive within a week. Fortunately, many customers still received their vehicles without issue, but Carvana’s reputation declined well beneath the existing local dealerships they hoped to replace.
‍

Solidifying Carvana’s decline even further, the automotive dealer faced another serious blow in the court of public opinion by having its dealers license suspended in the state of Illinois for failing to transfer titles to buyers. This suspension has since been revoked, but on the condition that Carvana obey stricter guidelines under tight supervision. On the plus side, Carvana was able to bolster its inventory by purchasing an auction company for $2.2 billion… only after laying off 2,500 of its own workers and, in the words of one employee, igniting “mass hysteria” in the company.
‍

It’s impossible to say what the future holds for Carvana. Like an old car, maybe the engine powering the entire thing is too damaged, and too far gone to be salvaged. Yet it’s possible that the engine powering Carvana has everything it needs to succeed – it’s just that the ones at the wheel don’t know how to drive it.