An interview with the internet’s most famous sales comedian, Ross Pomerantz aka Corporate Bro 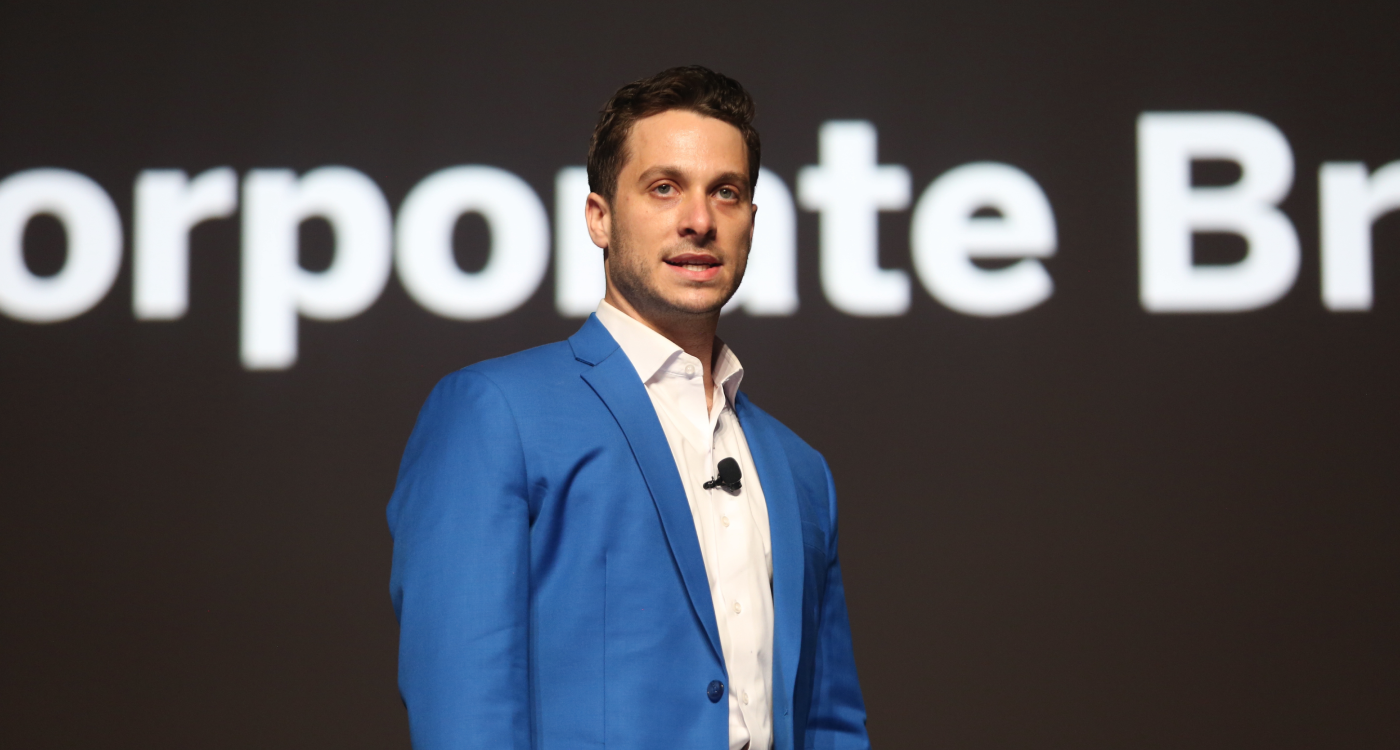 If you follow our Sales Humor page on Instagram, or have spent time consuming sales content on the platform, then you’ve probably come across Corporate Bro. The intentionally-over-the-top, but strangely charming character is played by Ross Pomerantz, a salesman-turned-comedian from California, who’s amassed a loyal following over the last eight years, bringing his brand of humor to the masses, and giving the world a brutally honest take on what it’s really like to work in sales in the 21st century.
‍

We wanted to get to know the man behind the character, so we sat down for an interview with Ross, who told us about his journey from tech sales to tech sales comedy. The following interview has been edited for clarity, and shortened for this newsletter. The full version will be published on our forthcoming website in early 2022.
‍

How did you get into this line of work? Did you accidentally film a video that went viral, or was there some sort of moment when you decided this is what you wanted to do?
‍

My first tech sales role was at Oracle in 2013. While I was there, Vine was still a social media platform that people used. I remember talking with a friend of mine one morning and I said, "Yo, everyone here is such a corporate bro." That's when I decided I'd make stupid little 6-second Vine videos about my experience. The goal was never to be an influencer or 'go viral,' I just enjoyed making people laugh. Growing up I was the kid who always made home movies. I just never thought it could actually be my job. Now, that being said, I've still never gone viral. Meaning, I've never had a video that just took over the internet for a day (1M+ views). My growth has just been a steady grind of trying to put out one video per week. I do wish one video would just blow up though...
‍

Is this what you do full-time?
‍

I do a million things full time. I'm on the senior leadership team at Bravado - the sales community. That's my traditional full time 'day-job.'

I also recently started an investment group for sales professionals called Corp Capital (www.corpcapital.vc). I've always wanted to connect sales savages with the same investment opportunities I've been afforded, especially through my Stanford network. We've done a couple of investments already and I'll be launching exclusive merch and an NFT program as well. I’m also an advisor for a few early stage companies, helping them with GTM -- brand and content is sort of my wheelhouse.
‍

Lastly (though I should probably say firstly), I do Corporate Bro. Every week I try to put out a video. It's hard though. They take a ton of time as I do the majority of the writing (Ben is my creative partner. He shows up in many of the videos as well), obviously acting, and I also edit them all. I take production very seriously.
‍

Tell us about the different sales jobs you've had.
‍

I've had a few different roles. Immediately out of college, I was an apartment leasing agent. I worked in a luxury apartment building in Oakland, California. That was in-person, which I CRUSHED. Between that role and my tech career I also did a short stint in independent minor league baseball as a pitcher. That was always my dream. But, it didn't take long to realize I wasn't going to the big leagues, so in 2013, I became a BDR at Oracle. I did that for 10 months, got promoted, then left Oracle to become an AE at a small company that no one has ever heard of. They got acquired by Akamai for next to nothing. Then I spent 3 years at Glassdoor slanging as an AE. After that I went to start a VR SaaS company called Neurotrainer with a scientist who had a system that could measure the cognitive function of athletes. That was super fun. I ran sales there before getting admitted to Stanford where I went to get my MBA.
‍

How much money do you make doing this? More or less than you made selling software?
‍

Fun fact: I didn't make a cent from Corporate Bro for the first 7 years. Now I'd say, given the amount of speaking gigs I do, that I could pass my full year of earning as an AE in 1 month of speaking. So in short, I make more. However, I'm certainly not rich. The money I make goes back into production and costs that I incur while creating content. I'm saving up to produce my web series.
‍

How is Ross different from Corporate Bro? How are they the same?
‍

I'd say Corporate Bro is 65% Ross. Or Ross is 65% Corporate Bro. IDK. My humor is my humor. I think Corporate Bro is just everything I wish I could have said and everything I want to say. It's super interesting because I genuinely have no idea how people would describe Corporate Bro. Ross is certainly much quieter. I'm an introvert. I prefer being alone. Corporate Bro is the life of the party. He's a savage. In reality, I hate when people dislike me. I have terrible anxiety. Corporate Bro is my outlet to be unapologetic. That's why when I meet people in person I always feel like I'm a letdown. I'd say people probably perceive Ross as smarter than Corp. But who knows? Maybe it's all one and the same.
‍

Do you have any advice for those who are just starting out in sales?
‍

Just understand that Sales is hard. It will always be hard. Everyone has struggled at some point. But the best salespeople DO NOT tie their quota attainment to their self-worth. It's just a job. And sales is the best skill you can learn. Period. It can unlock so many doors... So my advice is to focus on being mentally tough. To PICK UP THE PHONE. To make mistakes. To realize that no matter how mad someone may get, IT DOESNT FUCKING MATTER. Because, at the end of the day (S.A.D.N.E.S.S.) Sales Are Dope, Never Ever Stop Selling.