Advice: "I absolutely can't stand one of my coworkers. How do I deal with him?" 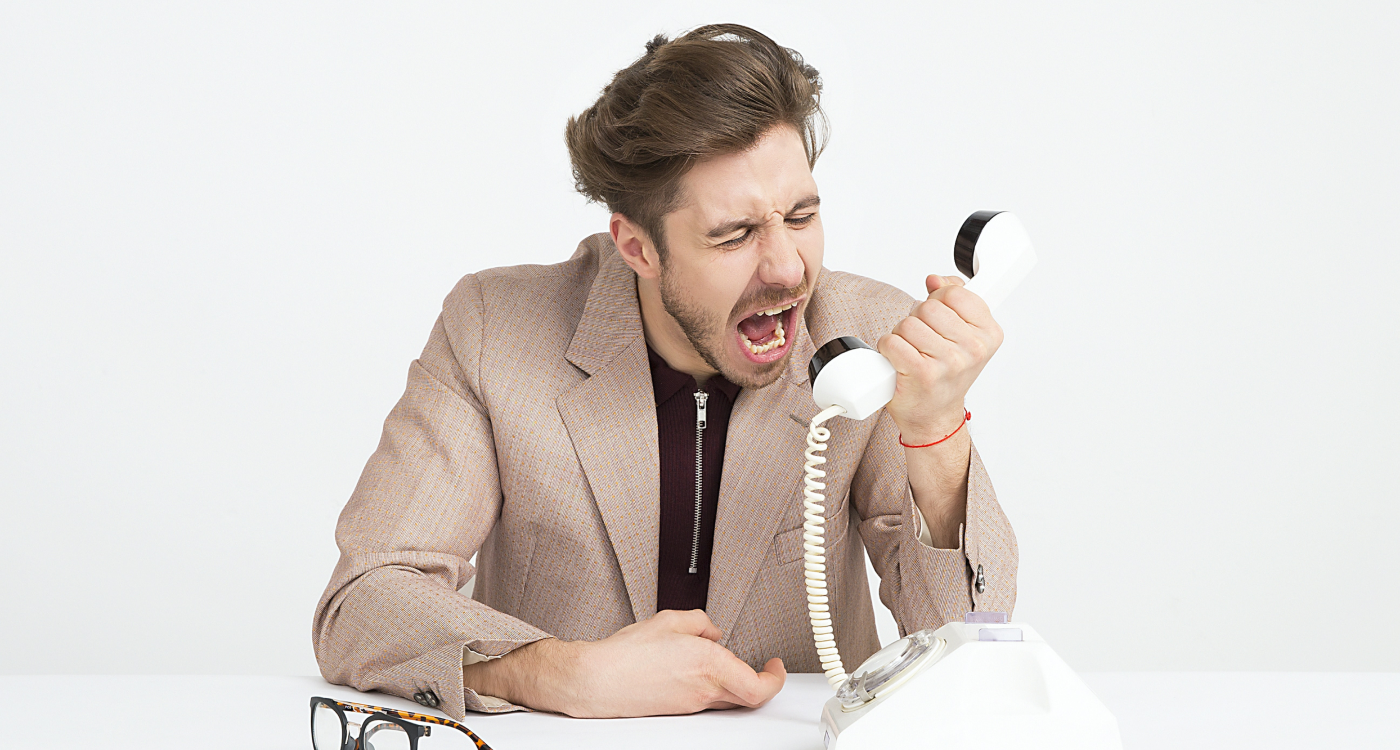 I’m not sure if you can help with this situation or not. I admit it’s pretty weird, and also kind of embarrassing, which is why I feel better writing about it than talking to people who know me and this other person.
‍

Basically, I work with somebody who I absolutely can’t stand. He is a sales rep who is in my department but not on my team. We work in the same office and see each other every day. I am not exaggerating how much we hate each other. We have almost come to blows before, that’s how bad it is.
‍

Everything started after this person, who I barely knew, made fun of me in front of our mutual coworkers. I told him at the time, right to his face, that if he had a problem, we could go outside, and he backed down and said I was overreacting.
‍

Ever since that day, we stare each other down whenever we walk by each other. Neither one of us has said anything, but the tension has been simmering for a while. It makes me so angry that some days, it’s all I think about.
‍

I know it’s juvenile. I know I should let it go. I know I should be the bigger person. But I feel like I just can’t let this go, because if I back down, then the bully wins. I am so angry about this that it makes me want to quit my job, but I don’t even want to do that, because then he’ll win.
‍

I know this is crazy, but I’m being as honest as I can. What should I do?
‍

Angry in the New England
‍

Thanks for writing in and being honest. Here’s what we think:
‍

1. You need to stop fantasizing about fighting this person. It’s not healthy, and there’s almost zero chance that it will ever go down the way you picture it, and without one (or both of you) going to jail, losing your jobs, or winding up in the hospital.
‍

You already know that this is dumb, pointless, and a bit crazy, you just can’t seem to let it go. Which brings us to the next point:
‍

2. You can either let it go by figuring out a way to get over it or by sitting down and working it out with your coworkers, or it’s just going to consume you until you’re a failed salesperson with anger issues and terrible relationships.
‍

Winston Churchill said “You will never reach your destination if you stop and throw rocks at every dog that barks,” and you will never accomplish anything you hope to accomplish if you let some idiot you work with stand in your way. If you can’t perform while he’s in the same building as you, then get a new job. But right now, you’re putting your ego above your goals, above your family’s well being, and above your own physical and mental health.
‍

Take a step back, look at the big picture, then let it go. Forty years from now, are you going to be thinking about that dummy you used to work with? If not, then stop wasting so much time and so much emotional energy on him now. Good luck!